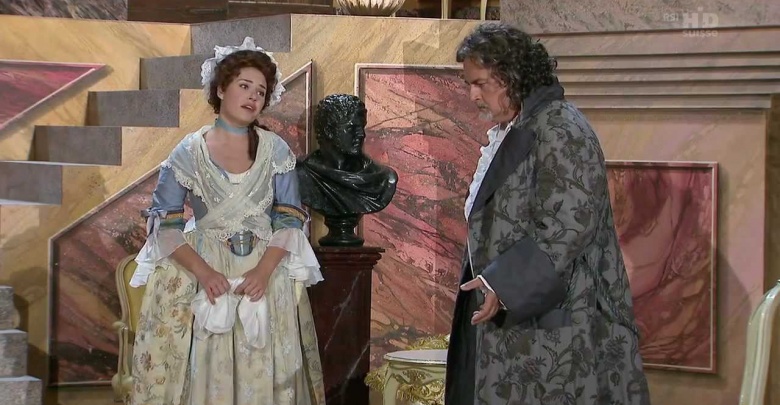 “La serva padrona” is a comic opera by Giovan Battista Pergolesi. Composed for the birthday of Elisabetta Cristina of Brunswick-Wolfenbüttel on a libretto by Gennaro Antonio Federico, it was performed for the first time at the Teatro San Bartolomeo in Naples on 28 August 1733, as an intermezzo to the serious opera “Il prigionier superbo”, by Pergolesi himself, destined not to even remotely reach the fame of “La Serva Padrona”. At the first performance, the beginning of the new genre of Opera buffa is attributed to all effects.

A rich and elderly gentleman named Uberto has at his service the young and clever Serpina who, with her overbearing character, takes advantage of the goodness of her master. To teach her a lesson, Uberto tells her that he wants to take a wife: Serpina asks him to marry her, but he, although he is very interested, refuses. To make him jealous Serpina tells him that he has found a husband, a certain Captain Tempesta, who is actually the other servant of Uberto (Vespone the mute) disguised as a soldier. Serpina asks Uberto for a dowry of 4,000 “scudi”; Uberto, in order not to pay, will marry Serpina, who finally becomes mistress as a servant.