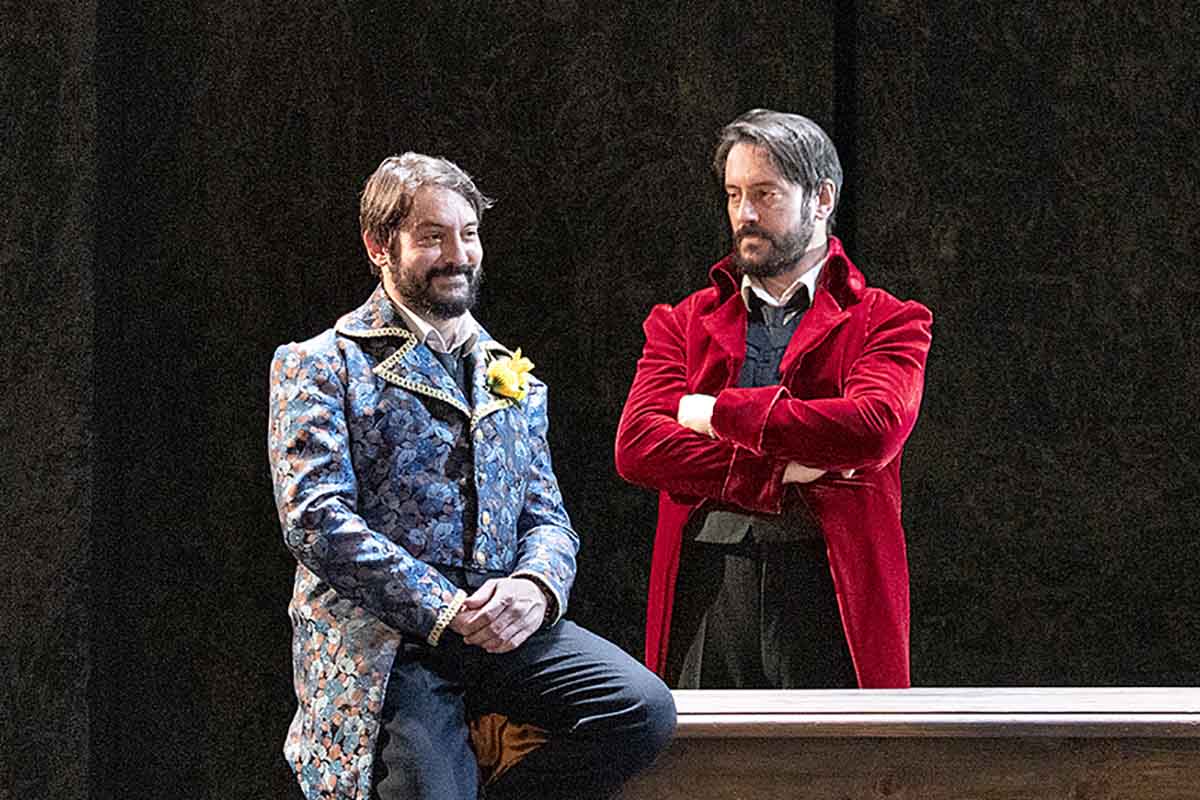 Goldoni’s famous farce comedy “The Venetian Twins” revolves around a growing case of mistaken identity. A pair of long-separated identical twins arrive in the same city on the same day and create confusion when money, jewelry and declarations of love are handed to the wrong people.

The two brothers look identical but are different characters: Zanetto, a rich but dull-witted merchant who grew up away from his brother, is about to marry Rosaura, daughter of Doctor Balanzoni, but disputed by Pancrazio. Tonino, a sophisticated, well-spoken gentleman, charming and shrewd, is in love with Beatrice.

But there are not just twins. Multiple confusions ensue: Rosaura cannot understand if the future husband is an idiot or a real catch; Beatrice is driven to distraction by her apparent infidelity. Servants are left bewildered, the brothers distracted, and no one thinks to put two and two together until the last minute.

Director Valter Malosti, assisted by Angela Demattè, relies on a group of actors who participate with shared precision, bringing the entire cast to flourish on an interpretative amalgam of great intensity.

November 11, 2019
Manage Cookie Consent
To provide the best experiences, we use technologies like cookies to store and/or access device information. Consenting to these technologies will allow us to process data such as browsing behavior or unique IDs on this site. Not consenting or withdrawing consent, may adversely affect certain features and functions.
Manage options Manage services Manage vendors Read more about these purposes
View preferences
{title} {title} {title}
×
×